We have 207 guests and no members online

Monastic Economy as an Agent of Change

Monastic Economy as an Agent of Change

Whatever the economic model developed by communities, right through monastic history it is clear that monasteries have always been forces for social change. The historian of the Benedictine Order, Philibert Schmitz, speaks of the ‘civilising influence’[2] of the monks in Europe. To what extent can monasticism play a part today in innovation and development?

1. Why are Monasteries Places of Innovation?

In the course of history monasteries have always been places of innovation and development, despite the fact that in no way has this been their primary objective. This shows that the monastic structure has its own characteristics which lead to this dynamic. According to Olivier de Sardan[3] innovation is defined as ‘a grasp of techniques, knowledge or new organisation (in general under the form of local adaptations, borrowed or imported) of currect techniques, knowledge and ways of organising’.[4] He stresses also that innovation must be considered a social process. 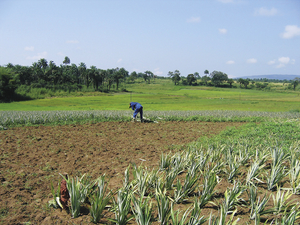 First of all, a monastic community is not an economic group whose aim is to make a profit. Theoretically the economy remains at the service of the community to enable it to survive. Consequently this introduces the possibility of risk-taking because the immediate goal of the community is not subject to the report of an annual budget. Besides this, the community is long-lasting: this group lasts longer than a single enterprise and therefore can afford to take risks and invest in human capital. In accord with the idea of stability (stabilitas loci) a monastic community looks far ahead. Furthermore, this grouping is for most of the time at peace socially: it defines itself as a group of persons seeking God. The durability of the community makes possible the transmission of experiences and of knowledge. One thinks for example of the work of monastic copying which made possible throughout the Middle Ages the transmission of knowledge of medicine, agriculture, botany, etc. Finally, the long history of monasticism can improve various dimensions and furnish an example of experience lived by other communities or in other eras: ‘The remarkable stability of monasticism is in large part a stability of memory, a continuity of understanding spanning thirty generations’.[5] Even if a community is young, each monastery dovetails into the monastic tradition which gives it legitimacy.[6]

2. Economy and Development in Africa

In developing countries, where monasticism is often a recent planting, communities play an important part in economic and social development. Jean-Pierre Olivier de Sardan defines development as ‘an ensemble of social processes brought on by deliberate operations of transforming a social milieu, undertaken by agents exterior to this milieu but eager to change it.’[7] In the case of monasticism, however, development takes on different dimensions. As had already been mentioned, innovation and development are not in themselves the goal of monastic life, but can become positive external factors. This shows that development is a consequence of activities motivated by a monastic goal, that is, they serve the religious goal of monastic life. For example, the monks of the Middle Ages developed hydraulic power to gain more time for prayer.[8]

The development achieved by monasteries in contemporary Africa is normally an external spin-off from activities or innovations of the monastery. So the Abbot of Keur Moussa says, ‘We do not innovate deliberately. It just happens.’ Communities of the Benedictine tradition have always developed in and around the monastery conditions which enable them to serve the needs of the community. In the framework of a new foundation this means that the monks or nuns work to make their lands arable, secure the presence of water, and introduce or generate electricity. The Abbey of Keur Moussa in Senegal has adopted as their slogan, ‘The desert will flower’ (Isaiah 35.1). It has in fact made possible the culture of lands which were previously arid, and has introduced new species into the environment. The increase in paid work in the locality has also contributed to the local economy by giving the local people employment. For a Kenyan monk of the monastery Our Lady of Mount Kenya it is a question of the chief dimension of their work of development. Indeed the formation of monks and nuns is also a direct part of this development. Indirectly, the monastery is taking part in the development of the region by attracting a population which settles in the neighbourhood to profit from the work, from a dispensary and from a school. 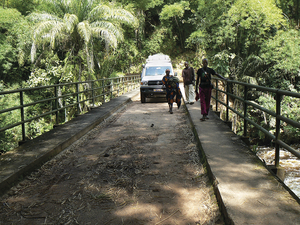 Another dimension of monastic development occurs as a response by monks and nuns to local needs. Since the first religious communities
in Africa were missionary congregations whose aim was to develop schools, dispensaries and hospitals, the same expectations exist wherever
monks or nuns move into a new environment. For this reason the monks of Keur Moussa, who came from Solesmes bringing with them a strictly contemplative and enclosed style of monastic life, needed to open a school and a small dispensary. Of course as soon as possible they confided the school to the laity and the dispensary to an apostolic Congregation of sisters. As a monk remarked in conversation, ‘The women came to give birth and the monks needed to help them, though this is not the mission of a monk!’ The monastic communities also often support social programmes, as for example the monastery of Our Lady of Mount Kenya takes part in a farming project without land in order to help poor families become self-sufficient.

3. Monastic Economy as an Alternative Economy

Monastic economy can also constitute a force of change within the economy by introducing alternative ways of living. For example in the European context monasteries try to offer an alternative to the capitalist approach, and in certain cases are developing reflections and presenting courses on the subject. A French sister, Nicole Reille, speaks of the economy of the Congregations as a ‘prophetic economy’, thanks to the witness which it can bear to the world of ethical land use.

The alternative dimension of the economy of African monasteries can be seen also in the specific context of its difference from the accepted norms of society. A first dimension concerns that way of working lived and justified by the monastic ideal. Since work could at first sight seem contradictory to the monastic ideal, monks and nuns put forward at interviews different forms of justification. For example a young sister at Karen said,

‘I do it with love, not just doing it, I do it with a lot of love. Until they feel themselves that this cloth is washed with love. Even when you sweep you sweep a place with love and somebody will look at it and say “Yes, this was done with love.” It doesn’t matter what you have gone to school for, but what matters is what you give to the community.’ (04/2014).

An interesting example comes from Séguéya in Conakry Guinea in the particular situation of a communist state where the monks are contributing to giving a new worth to labour: the monks do manual labour, they do what they can to earn money.

‘Guinea has this particularity that it does not really have a culture of work because of the political system. People have lost the culture of work. Seeing our brothers labouring and working the land gives people a desire to do the same thing. I think that the message is getting across’ (4/07/2016).

A second dimension is the human and social management developed by communities towards their work-forces. The social dimension of recruitment is a criterion which is often more important than the economic performance. The bursar at Keur Moussa explains,

‘The most important thing is the social dimension. From the very beginning we put into pratise the social decision to help those around us who had no work and who came asking for work. We would have liked to do more, but our resources were limited. We help a lot of people around us’ (4/07/2016).

In addition, certain African communities pay the social contributions of their workers, which is not common in that society.

Finally, lasting development and ecology are subjects which are being implanted more and more in African communities. Thus the community of Keur Moussa is now practising biological farming. Or in Kenya the monks are developing solar energy and recycling of water while they wait to be connected to the central supply. The monastery of Agbang (Togo), which also lives on solar energy, constitutes a source of electricity for the Peuhl bushmen, who come to the monastery to recharge their telephones.

What about monastic economy? There is no such thing as monastic economy as such, but several forms of economy of monasteries which depend on the political and religious history of each country and the present social and economic conditions. Of course certain common tendencies may be observed in the direction in which communities are trying to focus their economic activity. The form of economic activity plays an important part in the plausibility of monastic life in a society because it often constitutes one of the main links with the outside world. It also influences the form of monastic life and vice versa. The economy of African monasteries is an economy which seeks stability and reflects in detail the socio-economic context of the monastery and the influences which motivated the founders. But it is also through their economic activity that monateries can play a part in the development of their environment. Without it being of itself a goal of monastic life one may observe, in the terms of Max Weber, a ‘chosen affinity’ between monastic economy and economic, social and cultural development of the environment in which the monastery is located. Hence monastic life can have an influence on its local environment and even – if the monastic matrix is sufficiently weighty – influence society itself, as we have seen it did in the European environment.

[1] Isabelle Jonveaux is a sociologist, course-leader at the University of Graz and member of CeSor (Paris). She works principally on questions of monastic life (economy, work, physical conditions, asceticism) internet and religion (on-line religious practices, lack of internet), but also on fasting and alternative diets. At present she is developing a research-project on Catholic monastic life in Africa). The present article is part of her contribution in the framework of the colloquium of the Monastic Institute of Sant’Anselmo in Rome on ‘Monastic Life and Economy’ (cf. Studia Anselmiana, Monasticism and Economy, Rediscovering an Approach to Work and Poverty, Acts of the Fourth International Symposium held at Rome, June 7-10, 2016).

[3] Jean-Pierre Olivier de Sardan is a French and Nigerian anthropologist, currently Professor of Anthropology and Director of Studies at the College of Higher Studies and Social Sciences of Marseilles.

[5] R.H. Winthrop, ‘Leadership and Tradition in the Regulation of Catholic Monasticism’, Anthropological Quarterly, 58 (1985) 30.