We have 235 guests and no members online

CONTEMPLATION AND SOCIAL ENGAGEMENT
OF THE MONASTERIES OF WEST-AFRICA

Presentation of the Project

Until today studies in the social sciences regarding the monasteries of West Africa have been rare. Scientific literature as a whole has not followed the continual increase in monastic communities in Africa and outside Europe. We have many studies of the missionaries (men and women) and their role at the heart of African society, but publications on religious sisters, especially contemplatives, are still rare. And this despite the fact that the story of African religious sisters has much to say not only about the barely-known world of Catholic Orders and their development in Africa, but also about aspects of the colonial society into which they were integrated, relationships of gender and race, health politics and colonial education, integration of young Africans into the Western Catholic world and the professionalization of women. Although in the secular world it would be difficult to find any organisation initiated by women which flourished for the same length of time as the institutes of consecrated life, religious sisters have attracted little attention. History and also anthropology and the sociology of religion have shown an interest rather in male missionaries, clerics and the Catholic Church, while neglecting the role played by female religious at the heart of African society.

Contemporary Catholic congregations have undergone important changes because of transformations at the heart of the Catholic Church, but also because of their multicultural and transnational links. This constellation makes their analysis particularly instructive for the study of change in modern African society. The mixture of informal and institutional sources within these congregations allows them to establish in the long term a transnational space, to try out new economic possibilities and to initiate fundamental changes in the local Catholic Church at the heart of local societies.

In short, publications in social sciences about African religious sisters, especially contemplatives, are rare. Those which do exist do not take into account the contemporary discussion around transnationalization, nor the debate on the complex relationship between religion and development. This project fills a gap by analysing the role of contemplative orders at the heart of African societies. Using an empirical method, this project takes up the theoretical discussion questioning the relationships between religion, development and globalization.

A preliminary condition to achieve this aim is comparative and multilocal analysis. Togo, Burkina Faso, Ghana and Senegal have been chosen for this analysis because they are marked by different religious areas into which the monastic culture must be integrated and which are transformed by it. Nevertheless, the institutional distinction between religion and politics, and the equal treatment of different religions, no less than individual religious liberty are lived in very different ways in each of these countries. Of course these countries do not reflect the full diversity of situations in West Africa, but the choice makes it possible to question relationships between state, religions and development in a typical way. The criteria for the choice of the monasteries are these: 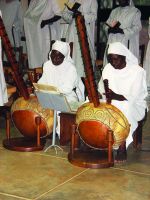 It is proposed to reconstruct the history of foundation of each the monasteries, to analyse their economic activity, their integration into the surrounding society, into the monastic resources and the national Catholic Church, together with biographies of certain religious sisters. Besides this, the observation of economic activities will bring out the manner in which links with their members outside and inside the monastery function, and also the influence their economic activity has on local and international markets, on the division of work of the persons concerned and on the forms of production, The project focuses on communities of religious women. Nevertheless, monks will be included in the research where masculine and feminine communities are to be found side by side, as at Koubri (Burkina Faso) or Keur Guilaye (Senegal).

Workshops for Students for the Degree of Master

Plan: Normally, students for the degree of Master at African universities require two years to complete their diploma. The first year is occupied by the validation of seminars, and the second is given over to research on the ground and the composition of a dissertation. For most of the students bad working-conditions (strikes, unfinished academic years, rudimentary or non-existant guidance) and lack of means result in incompletion of research on the ground or of the dissertation. Consequently a considerable number of students give up during the final year of study. In the framework of this project the selected students will receive a subvention for their individual projects and the comparative approach to the project will be completed. The first workshop of three days will be devoted to the study of shared concepts across classical texts and the elaboration of a shared questionnaire which will help towards the comparison of the individual studies. A second meeting of three days will be used for detailed discussion of the projects of five candidates in the context of a conference which will join together specialists in the anthropology of development, of the sociology of monasticism and of religious history.

Choice of students: all the candidates have worked out a sketch of an individual project which is to contribute to the general project. Possible subjects will be proposed, but research on personal themes by the candidates is expressly encouraged. The candidates will be chosen in collaboration with colleagues of the African universities concerned. The necessary pre-condition for the choice of candidates is that they should have a director of their degree who is prepared to take an active part in the workshops. 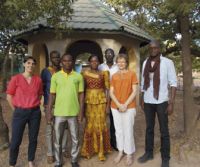 Launch of the Project

From 14th to 16th November 2016 a research-workshop brought together at Ougadougou five students from Burkina Faso, Togo and Senegal with Isabelle Jonveaux, a specialist in the sociology of monasticism from the University of Graz in Austria. Recent studies have shown that religious NGOs and other faith-based organisations have considerably increased in Africa since the 1990s. Authorities in development and in politics lay great store by the promotion of civil society, including its religious dimension, in order to further the process of change. NGOs, no less than international organisations and the different European and African governments, stress that co-operation between religious communities and development organisations is necessary to find solutions for the crises and challenges of today, especially in the spheres of health, ecology and food supply. They depend on religious organisations to further their goals, since such organisations have both a cultural affinity and many years of experience in this field. In addition, one can expect a responsible use of resources entrusted to them. Catholic institutions have the reputation of not linking local development to evangelisation, as certain evangelical and Islamic groups do. Therefore they are considered ideal partners with lay organisations for co-operation in lasting development. What then is the role of monasteries in lasting development?

The demography of communities shows that the balance of the dynamism of monastic life will in thirty years time shift from Europe towards the continents of Asia and Africa. Hence the importance of studying the changes which the building of a monastery implies for its immediate environment, and the changes which non-European foundations will bring to monasticism. The attempt of religious to link the integration of their market economies to the monastic ethic, and to overcome the apparent contradictions between a liberal economy and a monastic ethic, leads to changes which affect their religious activities and at the same time have political and social consequences which should be studied.

The project of Gael Aladji-Bassi aims to study the formation of monks and nuns in different communities of Togo. Mohammed Be focuses on the dimension of development by the Abbey of Keur Moussa in Senegal in its local environment. Anne Dah is studying the community of the monastery of Our Lady of Bafor, Bernardines of Esquermes, in the south-west of Burkina Faso and their implications for the local economy. Also in Burkina Faso, Koudbi Kaboré focuses on the Redemptorist sisters of Diabo and their social engagement with the population of the diocese. Thierry Yaméogo is preparing a doctorate thesis on the comparison of the Benedictine monasteries in Burkina and the Ivory Coast to analyse the part they play in these two neighbouring countries.

For each of these research-projects the empirical dimension on the ground will be central. Each researcher will spend time in the surroundings of the monasteries and in the heart of the communities of Togo, Burkina Faso, Ghana, the Ivory Coast and Senegal. Each participant brings to the research certain key questions which will be angled to the particular problematic. How do the religious organize themselves in the matter of development, how do  they function, how are they financed and how do they interact with non-religious organisations and other religious organisations? Do their religious practices, their ideas and their views on development and on charity change in the course of these interactions? Do the religious organisations harmonise with international humanitarian agents, or do they put forward alternative views of society, new ways of exercising charity, different northern or eastern models of development?

At the first meeting the students were able to present their research-project and discuss the theoretical background to their empirical research. Katrin Langewiesche and Isabelle Jonveaux provided elements of method and the sociology of monasticism. A visit to the monastery of St Benedict at Koubri brought these three days of reflection to an end. The next meeting is planned for April 2017, to share the first results of the research and to discuss them in the light of researchers experienced in sociology and anthropology.