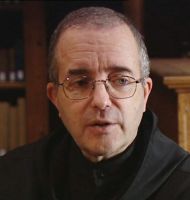 At the most recent meeting of the AIM the main discussion concerned foundations and closures of monasteries in the Benedictine tradition. It was useful to sum up the situation and to measure the movements which were taking place. Statistical tables were presented as well as analyses of the different Congregations represented. On balance it was possible to note a definiteslowing of rhythm in foundations and an acceleration of closures of monasteries in the course of the last five years.

However, this conclusion occurs in a world-context marked especially by institutional changes. This raises many questions today about the future of our communities: finding suitable superiors and those responsible for formation, for management or even for the deploymentof those capable of taking on responsibilities in a suitable and lastingmanner; the exercise of careful discernment in the reception of postulants, provision of a good environment for the newcomers, whether few or many, help for each individual after solemn vows, enabling them to live in conditions suitable for the fulfilment of the religious life, stability and obedience, creating a balance between individuals  and the service of the community, encouraging the bonds of a happy fraternity between generations, nationalities, ethnic and cultural differences, the economic stability of communities rather than exclusive dependence on benefactors, determined planning of necessary closures, perhaps in view of new projects led by others. Faced with the decrease in numbers – especially in the West – and the increasingly high age-profile of communities, with the new development of mutual help within the southern hemisphere, with the moral, economic and social deviations of our time, monasteries need to develop for the world that is coming to birth. Father Peter Eghwrudjakpor sets out to show how this context gives rise to new developments in the country, Nigeria, where he is Prior, but also in the wider world.

It is vital that new foundations should continue to be made, but it is also healthy that the rhythm of these foundations has become less vigorous than in the last fifty years. This makes it possible to support them more fully, and – one hopes – provide a more solid foundation, such as is described in this issue by the Abbess of Vitorchiano, drawing on the experience of seven new foundations by this Italian monastery of the Cistercian Order of the Strict Observance. Our communities must never lose the desire to create. But to make a new foundation runs the risk of attempting simply to duplicate the situation of the mother-house in circumstances often very different from and less comfortable than those of the founding monastery. Making a new foundation is not a matter of duplicating the life-style of the founding monastery, but of participating in the birth of a new reality, a new world, a sign of the coming Kingdom and of becoming, like the first disciples, apostles of the Good News. Monsignor Carballo, Secretary of the Congregation for Institutions of Consecrated Life and Societies of the Apostolic Life, precisely  comments on these new contexts. His article is both clear and  challenging. The article of Elena Lasida, an economist from Uruguay but settled in France, may help towards an understanding of the scope of the institutional changes taking place in the contemporary world with regard to the realities of religious life.

The presentation of several monasteries in varied contexts, and additionally projects of formation in different regions of the world, the assistance given by experts such as the World Association of Electricians, or the publication of the great traditional spiritual works in a language accessible to many – all these are illustrations of the way in which the AIM accompanies the efforts of our individual communities to form the world for which so many of our contemporaries long. The recent encyclical of Pope Francis, Laudato Si, outlines its characteristics to present a veritable road-map for the passing world.

As a bridge between the two Orders, the Cistercians and the Benedictine Confederation, the AIM can play a positive role in this development and renewal. It is an organism whose ramifications are now numerous all over the world. Each year it supports a large number of projects put forward by monasteries, and provides a certain number of fraternal visits. Continually the AIM attempts to adapt and itself to accept mutations in its own organisation; this is our aim for the future. The presentation by the American Secretariat of AIM (AIM-USA) provides us with a glimpse of this. The Bulletin of the AIM echoes the different international monastic organisms such as the Communio Internationalis Benedictinarum (CIB) and the Monastic Interreligious Dialogue (DIM/MID); this is reflected in the current issue.

We turn resolutely towards the coming Kingdom. We have no fear of anything which might deflect us from our resolve. At the heart of the storms of this world we need to retain our peace in Jesus Christ in order to die and rise again with him. Such is the most beautiful and most inspiring witness of the disciples, summed up in the first proclamation of John the Baptist and of Jesus himself, ‘The Kingdom of God is very near; repent and accept the Kingdom.’