We have 324 guests and no members online

Project 3163 - Construction of a Refectory for the Monks 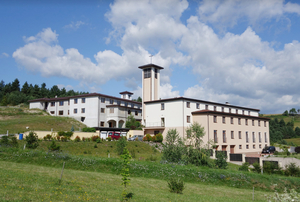 The return of Benedictines to Slovakia took place in 2000. In 1998 Mgr Rudolf Balasz, Bishop of Banska Bystrica, allowed two diocesan priests to enter the monastery of Tyniec (Poland) in order to be formed in the Benedictine way of life and bring it back to Slovakia. When they did so they first settled in the parish of Lubietova, then Bacurov, where the monastery was officially founded in 2003.

The construction of the monastery at Sampor began in 2010. Pope John Paul II blessed its foundation stone during his visit to Slovakia. Raised to the status of a conventual Priory in 2012, it is a member of the Benedictine Congregation of the Annunciation. The community consists today of seventeen monks.

The main building of the monastery was intended to comprise three adjacent structures, a guesthouse, the church and a building for the brothers, the church being in the centre. For budgetary and practical considerations the construction was divided into two principal phases. The guesthouse and the church were built in the first phase (2006-2010). This was paid for (€2,667,590) by the Benedictine brothers and a large pool of small benefactors. In addition the brothers benefited from a large number of volunteers working on the site.

At present the brothers are living in part of the guesthouse, which is divided by temporary doors, in order to offer the space necessary for the division of guests.

The second phase of construction, consisting mainly of the monastery properly so-called, began in 2013 and should soon be finished. This new building intended for the brothers will include some thirty rooms. This will allow them to set free the rooms of the guesthouse which they are still using, and thus increase the guest-capacity, which will then be 25 rooms. The estimated cost of this second phase of construction has risen to €1,732,983, partly covered by the revenue of the monastery (salaries of the priests, revenue of the guesthouse, sale of books, around €127,000), partly by the large number of small donations (6,000 donations amounting to about €150,000) and by interest-free loans from various ecclesiastical foundations amounting to €169,000. The community is looking for other sources of finance to cover the whole of the cost. 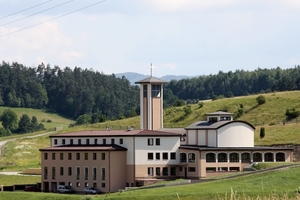 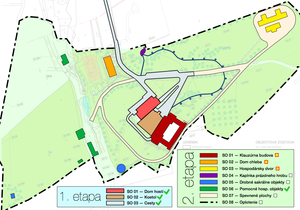 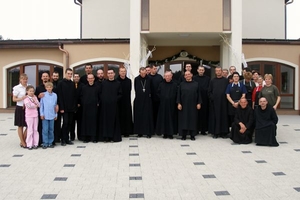