We have 159 guests and no members online

The Prayer of our Hands

The Prayer of our Hands

The monastic work at Keur Moussa was from the first oriented towards the diffusion of agricultural and pastoral techniques, elementary literacy, health care, prevention of endemic illnesses, maternal and child health for a population within a range of thirty kilometres. These activities were seen by the local population as unfolding before their eyes a human and religious identity. So one guest remarked, ‘You pray as much as you work’, meaning to stress that there is no difference between the monk in choir and the monk in the workshop, orchard or chicken-run. The opposite is also the case. No other formula would be so well adapted to dispel the distinction between ora and labora. This moves the question to ‘What is the specific trait of our monastic identity in Senegal?’ 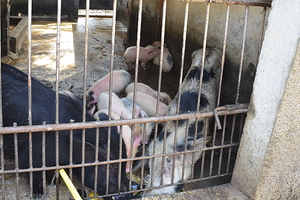 The piggery seems to me to be the image which reflects, perhaps not perfectly, an aspect of our daily life at Keur Moussa, not only in the activity itself but especially in the way it determines and directs lives and makes a space for dialogue. The pig is an animal which sets up frontiers between the three great monotheist religious, Judaism, Christianity and Islam. Our country is, of course, a land where Islam is deeply rooted, and the sight of a pigsty in one of the backstreets shows in a single glance the multiconfessional and multicultural character of the society.

In the monastery the piggery is the preserve of the noviciate. It often constitutes the first test of the young man newly entered on monastic life. In fact care of pigs, just like that of goats or cows, knows no Sunday or free day, and consequently demands a regular presence, especially in the morning. For a young man plunged into monastic life work in the pigsty, since it requires a fair amount of vigour, is decisive for the capacity of the candidate to endure in monastic life. Consequently this activity is a symbol of the risk taken at the present time by channelling one’s life into the narrow boundaries of monastic life.

On the subject of manual labour St Benedict states just this in the Rule, ‘Then they are truly monks, if they live by the work of their hands, as did our fathers and the apostles’ (RB 48). Clearly he sees in manual labour a structure from which becoming a monk effectively takes its form. This is surprising, because elsewhere in the Rule, when he is discussing the divine Office, St Benedict affirms outright that those who do not recite the whole psalter in one week are lazy and indolent towards the service they have undertaken (nimis iners devotionis suae servitium, RB 18). By this he suggests a quality of being, while on manual labour he makes this labour the criterion of the process of becoming a monk. In the chapter on manual labour St Benedict includes also the times of the practice of lectio divina in the course of the day in order to make clear the prayerful context of the activity. This means that all manual activity in the monastery, as well as ‘maintaining a healthy balance of body and spirit, exercising and developing the various talents which God has given us’ (cf. the Declarations of the Congregation of Solesmes, no 63) has a value for God and for the salvation of the monk. If lectio divina is considered by St Benedict a sort of work, it is necessary to rethink and revaluate the terms ora et labora. Manual work, itself a prayer, is with regard to prayer the oil-nut of the palm-tree, to be harvested, ground and pressed. Correspondingly, prayer as far as it is prayer of the hands is for work the anvil on which the red-hot iron takes shape. This is why in the monastery manual labour is normally done in silence unless speaking is necessary. So manual labour is not simply an activity which must be hurried through in order to have leisure for prayer. It is itself a preparation for and a prolongation of prayer.

In the monastic context manual labour is a cosmic path to self-knowledge, to personal growth as a monk. To paraphrase Michel Foucault in another context, one can say that manual labour turns out to be a perfect exercise of personal care, not egoistic, but in so far as personal actions on oneself, actions by which one moulds and modifies oneself, by purification, transformation and transfiguration. Indeed, self-control is necessary, since it outlaws all (economic) dependence which would harm the ideal of unity (monos). This notion of personal care by manual labour may be set beside the motto of our monastery (The desert will bloom). It contains the notion of testing the deserts of our emotions, of our need for recognition, by the practice of mercy, peace and compassion. It is a means of gowth, protection and preservation.

A Moslem guest, unexpectedly present at our table, can experience more or less the delicate sensitivity that we owe him to ensure that he is at ease in the monastery: the preparation of another dish which will provide him with as much taste as peace if the unmentionable meat happens to be the day’s dish. So inter-religious dialogue has its place at our table and on our plates. The desert begins to bloom for us from the moment when we are careful not to reduce our guest to our own preconceptions.

To return once more to our pig-farm, it is interesting to note that we have often happened to ask the help of a Moslem neighbour for transporting food to a nearby destination. This service is, of course, not free of charge, but it is gladly done, and the neighbour keeps a portion of the product for his sheep, which he loves as dearly as we do our pigs. This occasional labour enables him to round up his meagre revenue; without it he would not manage to feed his wives and his numerous children.

A statement of identity

The Benedictine principle which fully confers on manual labour its character as a statement of the hidden identity of the monk occurs in Chapter 48 of the Rule, devoted to work, where Benedict carefully prescribes the way of treating the tools of the monastery in the same way as the sacred vessels of the altar. God is not absent from human labour. He is present in just the same way as in the community gathered for prayer. Thus this other statement of Benedict, ‘Nothing should be preferred to the work of God’ in the same sense as the injunction which he makes on the subject of manual labour, ‘Then they are truly monks, if they live by the work of their hands, as did our fathers and the apostles’. Fundamentally it is a matter of not giving preference to one’s own self above that of Christ, who according to St Paul is the life of the monk, ‘For me to live is Christ’. 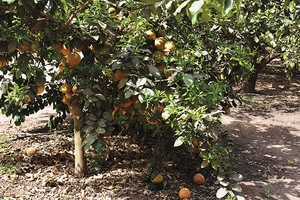 Our main activities, that is, the orchard, the kora-workshop and the different professional workshops designed from the very foundation to train young peole anxious to gain employment, have been and still are the marks of a Benedictine presence in the village of Keur Moussa. The surrounding population have, from the beginning of our activities, certainly understood better what we are from our activities by seeing us work. As the local proverb puts it, ligey jamu Yalla la; which translates literally ‘to work is to pray to God’. Even today with social change, the forested savana has been transformed into a little commune. Those who come to the monastery are amazed that it is less luxuriant than in an earlier time, but it is still developing, facing crippling climatic change, such as the salination of stretches of subterranean water as a result of diminishing rainfall, the disappearance of some vegetation and the arrival of birds and their devastating effects on fruit-production.

The Courage to Adapt

Our community itself has learnt to puzzle out its identity from the areas of activity and the socio-cultural and political changes of its environment. From the outset the founders had the courage to take a completely different direction, no longer taking as their starting-point questions arising from strict demands of monastic life, but on the contrary taking as a starting-point the demands of the place itself, pressing to reformulate a genuine monastic discourse. The missionary theories of a bygone age, such as that of transplanting, did not do much to face up to these challenges, since there was no question of replanting the young shoot five thousand kilometres from its place of origin and expecting it to bear the same leaves and the same fruit as those of its homeland.

The double meaning of the motto chosen referred in the first place not to the reality of the new soil but rather to the ‘desert’ as the most authentic symbol of monastic life. It might be said that the monks also perceived the need to incarnate a political messianism, in that the place where they took root, without being a geographical desert, was on the verge of political hopes of liberty, of the personal advancements associated with the dawn of independence. In this situation no better motto could be found for this beautiful utopia than the messianic prophecy of Isaiah, ‘the desert will bloom’.

The prophetic character of this motto of the monastery of Keur Moussa and the promise which it contains have marked out the furrow of the desire to transform the site as soon as it became habitable. This has led our original peasant neighbours and our present fellow-citizens to see us as a people with economic power and reserves of practical ability. On the contrary, we realise that we still do not know enough or at least that we have not yet come completely to understand ourselves. The possible risk of refusing to take on board the need to be ready to be permanently on the move and working towards this utopia continues to express itself in a somewhat ill-fitting identity.

To regard ourselves as contemplatives, as we usually do, brings a double effect. On the one hand it reduces our identity to people who have resolutely taken leave of all activity; on the other hand, that of the tendency to separate from the ordinary means of economic production, indeed even an imaginary denial of any economic undertaking. That would suggest that the best way of preserving the integrity of this monastic utopia lay in the complete negation of all manual labour. The expression ‘to seek God’ is a far-reaching definition of the monk’s task according to St Benedict and the ancient monastic spiritual tradition. It seems to me that this phrase is the best expression of the purpose of monastic life as a search for unity (monos). Far from creating a division, this labora, understood as a prayer of the hands, constitutes the essence of monastic life, and by this very fact takes on the character of a spiritual exercise – provided that it is directed to Christ.